In the Lights of the Predators

In the light of predators. Note on Collateral by Michael Mann (by Marion Grébert) 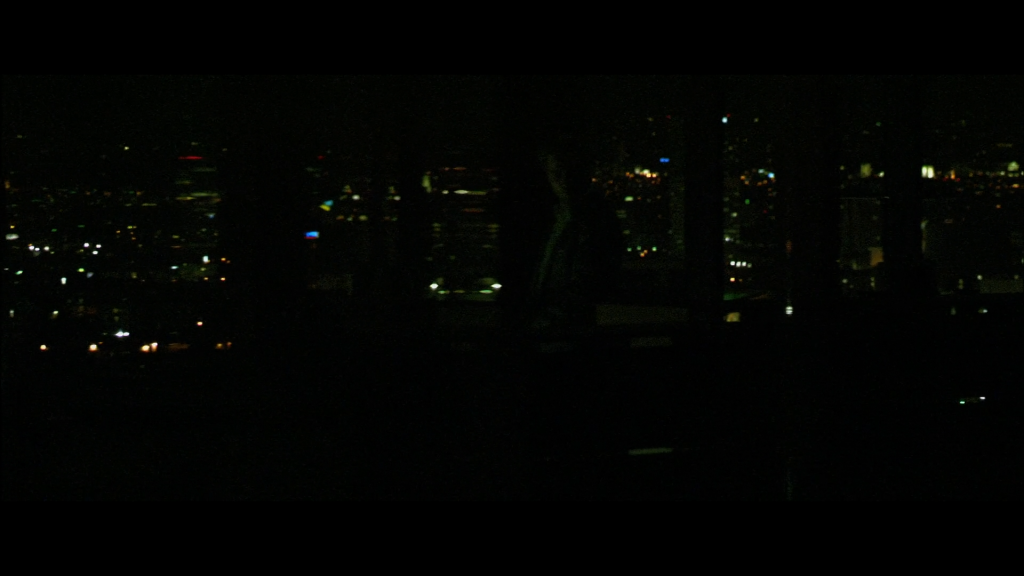 In 2004, with his film Collateral shot in a nocturnal Los Angeles, Michael Mann was the first to explore in fiction the possible uses of the high sensitivity of the new digital cameras.

During one night, a cab driver (Max, played by Jamie Foxx), coerces and forces a hitman (Vincent, played by Tom Cruise) to assassinate five prosecution witnesses before dawn, while the trial against a drug trafficking organization in which these targets are to participate opens in the morning. The director and his cinematographer, Paul Cameron, want to film the drama with as few set lights as possible, managing to make the most of the city’s abundant lighting. This experience is a pioneering one, and is in itself the photographic as well as the narrative challenge of the film.

The two main characters, in fact, are both accustomed to sinking into the urban night and disappearing – Max, by the anonymity of a life suffered where the professional and sentimental ambitions of the day are reversed into dreams never realized, and Vincent, by the invisibility and discretion that allow him to fulfill his missions without leaving any trace. But the space of disappearance in which they evolve is as contradictory as it is that of an extra-luminous night, where the a priori possibility it offers of an absence of proof of the acts committed never quite manages to meet the ideal benefits of blackness and shadow. These are, as for them, the object of a conquest that occupies both of them throughout the film until the final scene: it is only at the end of the long crossing of the city under thousands of electric lights with various sources (headlights, street lamps, signs, windows of buildings…) and after four crimes already committed that Vincent and Max finally reach a final confrontation plunged into darkness, a darkness thanks to which the life of the fifth and last target is saved.

It is at the moment when the confrontation returns to an archaic darkness of night, at the moment when the artificiality of electric light fades to be only a background, that the space of figuration reaches its greatest form of abstraction. Through the superimposed glass panes of the law firm’s library, the outside lights of Los Angeles reflect, intersect, split, fade, blur, composing a constellation of colors that suddenly recall experimental films such as Walther Ruttman’s Lichtspiel series in the 1920s or Stanley Brakhage’s painted films, and where the human figure of Vincent’s character becomes a liquid black, dissolved, without contour and identity. 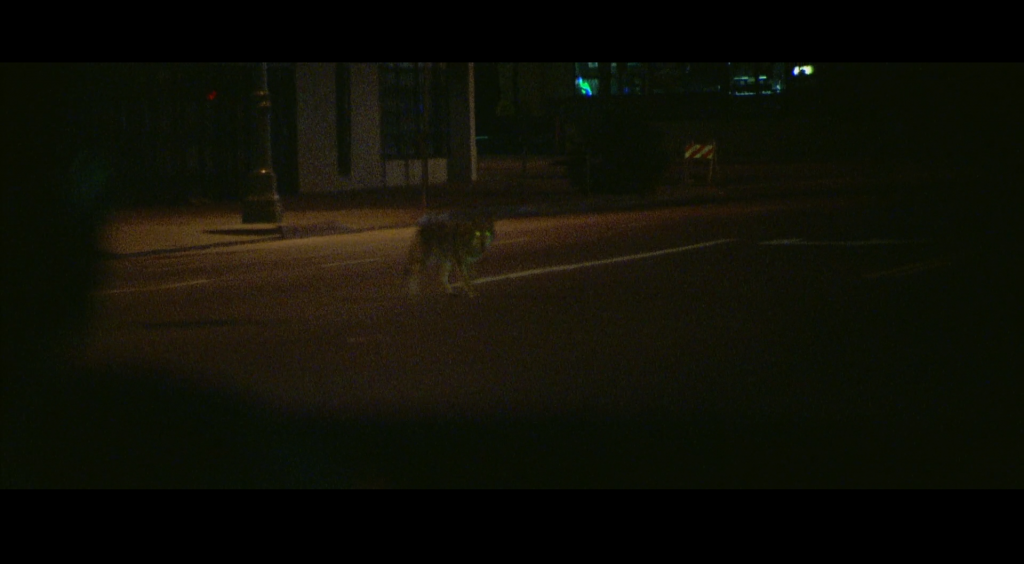 Knowing how to win the night – as we say to win a place, to reach it, but also how to tame it -, we understand in a central scene that this is an object of melancholy for these two characters wandering in this night without night: when, against the backdrop of their faces in the cab, coyotes suddenly appear, crossing the street, first slowly, then running, until they faint in an unlimited off-screen. These coyotes alone embody the two-faced face of Los Angeles’s nocturnal urbanity, where what is wild in the night (settling of scores, assassinations…) comes up against its own negation by its luminous hyper-civilization (that, in the last instance, of police flashing lights or helicopter position lights). For these animals are this double figure of North American modernity, haunting large cities like ghosts of the Indian (cosmic) origins of the territory, and at the same time marking the dependence of the wild world on the domesticated and civilized world. This contradiction as it produces its effect in the course of the narrative is all the more striking because, from an extradiegetic point of view, the scene was not written: these coyotes could be filmed without preparation, due to the very fact that the camera with an ISO sensitivity pushed beyond its limits allowed the recording of this crossing of predators without having to illuminate them further. A surplus of human technology is put to the service of capturing a night event that usually has few witnesses, but which is provoked by the very fact that there could be any: there are coyotes and crimes at night in Los Angeles, and it is less because of the black than because of the light.